The Fear of starting an on-line business

In 2001 the very well-known company, Polaroid, filed for bankruptcy. Why did they fail?

They had such a good product used by millions. The answer is quite simple. They suffered from a phobia called Technophobia. Don’t believe me? Go and Google it.

This hugely successful company failed to see the coming of the digital age. Even if they did see it, I think they might have feared it. Digital took the world by storm and Polaroid failed to adapt.

This brings me to another phobia. Metathesiophobia. (I can’t pronounce it). Basically, it’s the fear of change. Now just stick with me for a moment here…

These two fears are very well and alive in business today.

As human beings, it’s natural for us to be intrigued by technology but on the other side, our natural response to tech is suspicion. Franklin D Roosevelt once said that “The only thing we have to fear is fear itself.

In business, this is a big challenge. If we fear change and technology we will be left behind like Polaroid. Think about this. By 2025 the millennial generation will be the ones sitting in Management positions and making the decisions.

They are the ones born between 1980 and early 2000s who will be in charge. They are the Social media generation who accept change and technology much easier than the older generation and adapt quickly.

Fear of change is a natural human survival instinct but can we overcome this fear and be brave enough to look the technology-rich future straight in the eye and make the change? The problem is that we resist change because we fear what we don’t know. It gives us a false feeling of being in control.

Let’s look at some of the reasons human behavior experts have highlighted which stop us from taking action:
• Fear of failure: we don’t want to be blamed for failures so we tend to step away
• Fear of success: I will rather be safe than sorry. Rather be safe than be a hero
• Fear of uncertainty: If I am not certain about the outcome, I will not take the risk
• Fear of change: “We don’t know how to do it”; “we have always done it this way”. It’s safer to keep on doing what we are doing now.

These thought processes will keep any business from achieving greatness and will never grasp opportunity when it knocks on the door. One of the big problems is that technology makes us feel out of control and that my friend is an even bigger fear.

Losing control.
Technology might also make us feel out of touch because it’s changing so fast. We certainly don’t want to lose control, do we?

The truth is that we cannot argue technology and change away. It’s here to stay. If you do not get on board you will be left in the dark like Polaroid. So why do we fear technology so much? Once again, some expert insights:
• Technology will take over human jobs
• Privacy fears
• Fear of losing control
• Fear of not being able to understand the technology
• Fear that we depend too much on the technology
• Negative social impact
• Fear that it might invite criminals into your business.

I am no expert and had to google most of the info in this article. What I do know is that we have to accept the change and adapt because I will much rather apologize for trying something new than being blamed for not seeing the future.

If you don’t see it now you will have to find a Polaroid camera and take a pic of yourself in your last position before the tech-savvy millennial walked in. 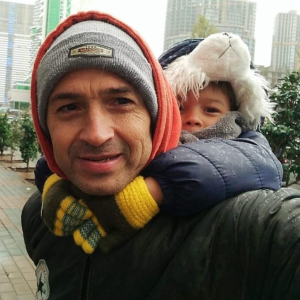 Feel free to share our articles, if they provide any value.

Start Your On-Line Business in Minutes for only $48/month

Let us join you on your journey towards personal freedom.